I’m been staving off a minor panic attack for the past few days.  Summer was bliss, filled with easy distractions, good friends, a job, vacations.  It was easy to forget that camp would end, that I wouldn’t be returning to school in the fall.  It was easier to put it off, to say “I’ll look after work”, “I’ll put out applications after camp is done”, “I’ll figure this all out after Vegas”.  And Vegas, unintentionally, was a week primarily without the internet, so, on top of returning without any more plausible excuses, I was met with an onslaught of excitement from my friends who are returning to school.

This point in life is overwhelming.  I had applied for one job that lasted every summer between my years in college, and one on-campus position during the school year.  That totals to two interviews in my life (three if you count my college orientation, and even then, I already knew I’d been accepted).  I am the type of person who really doesn’t enjoy talking too much about myself.  Years of low self-confidence molded me to, habitually, call very little attention to myself.  Even as my confidence rose, it still feels very awkward to discuss my accomplishments.  The act of selling myself and my skills in resumes, cover letters, and interviews–even if I am honest, and not exaggerating–is a awkward, embarrassing process.

Not too mention the fact that my profession is based heavily on networking. Theater is all about who you know.  Word of mouth is your best friend and worst enemy.  I’ve fallen off the network.  In the past two years, I had received several job offers and had to turn them down, since I did not have a reliable source of transportation.  But the friends who put in a good word have moved to other states, and my resume has been taken out of the folder after too many unaccepted offers.  Now I have to work to get my name back out there, cash in favors (another activity that makes me cringe), and find where the job are posted.  I am not looking for audition notices, but its hard to find postings for management and administrative areas in theater.

Well, lets face it.  I’ve chosen a hard profession.  No one gets in easy.  Few are there because they got lucky.  Most are working hard to cling to a love, to try to feel fulfilled.  Either way I try to explain it, I sound like I am glorifying the people of my profession, or pitying them.  So, after two days of holding off panic and pity parties, I rolled out of bed (late, but I’m still jet-lagged enough to make excuses for it), showered, got dressed all the way down to my lace-up shoes (the only thing I remember from a brief exploration of FlyLady‘s website), sat down, and google searched.  And after a few hours, I had found a couple potentials.  A few more hours, and I had sent off one application and compiled the other that required paper mailing.  I have two more tomorrow, and then the search renews.  Now is the time to just keep going.

I’m slowly starting to organize my life.  I was very productive, ate healthily, managed to do a load of laundry, and even go to the gym.  This is possible.  I just have to keep telling myself that. 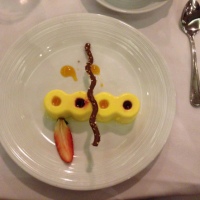 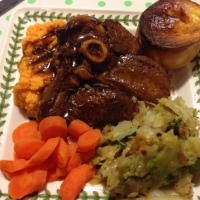 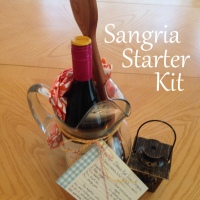 Pancakes for Fat Tuesday quickly spiraled into Breakfast for Dinner...and I’m not mad about it! These happen to be GF+DF, hence the pale color. My British husband would like to remind Americans that when the rest of the world talks about pancakes for Fat Tuesday, they definitely mean crepes 😂 • • • • • #glutenfree #dairyfree #breakfastfordinner #brinner #whatsfordinner #putaforkinit #eeeeeats #feedfeed #instayum #foodstagram #fattuesday #shrovetuesday #pancakes